Massively been neglecting this blog in favour of Facebook, but facebook is dying and temp post banning me every time I have a gig to promote. Check the ‘Sale” link at top of page and let me know if it works, I’ll need to sort out some sort of online sale page of my own at some point, ebay is expensive and Reverb sucks.

Here’s a bunch of amp guts that came through in the meantime: 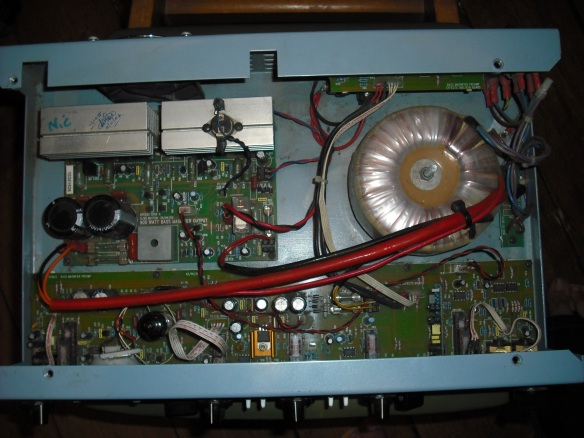 Ashdown ABM 300 guts, bought as no sound, the valve was dead, which made the valve grind feature not work, but replaced and dusted a bit and it worked fine, messed with it a bunch with no issues. Sold it, and it came back couple of weeks later as no output. Opened again, and it was full of dust, think use blew a load trapped in the heatsink out, patching the fx loop gave output, cleaned a buncha dirt out of that and it was fine again, and seems to have been since. 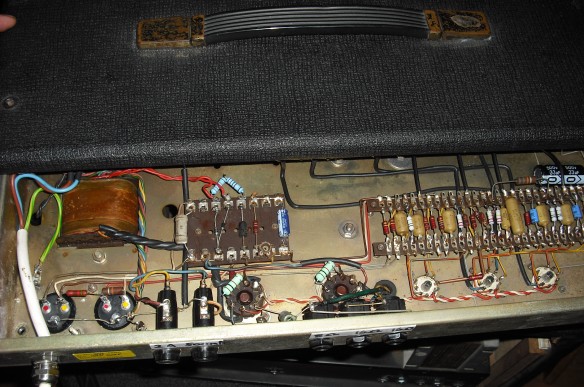 50w Kelly guts, after a sorting out, a lot of bits replaced, but its easy work in these, really nice amps. This one is for sale.

Oh yeah, I remember why I got annoyed with using wordpress, fucked with picture upload format, not sure if get full resolution just by clicking on them now. This one had its branding clipped off, but fairly sure it was a Sola Sound branded Vampower. Clearly Vampower guts and sound. Again, for sale, Vampowers are really rare, not many made and a bunch got trashed to feed that bizarre make any rare amp into a bad marshall clone thing some bodgers have.

Here’s a favourite. Burman Pro502, this is a combo, but this is the important bit, high gain preamp, laid out and built to a quality level there is really low noise. Vast amounts of flexibility due to multiple gain controls and active mid EQ. Currently have one of these for sale. 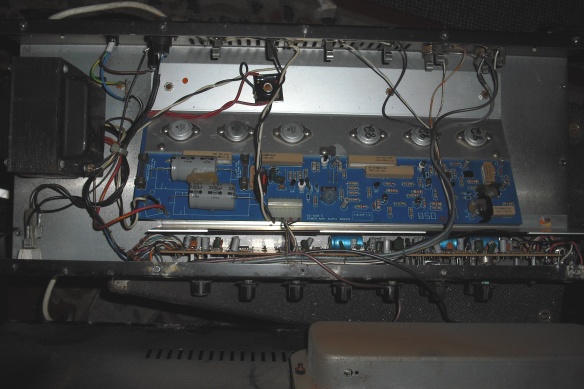 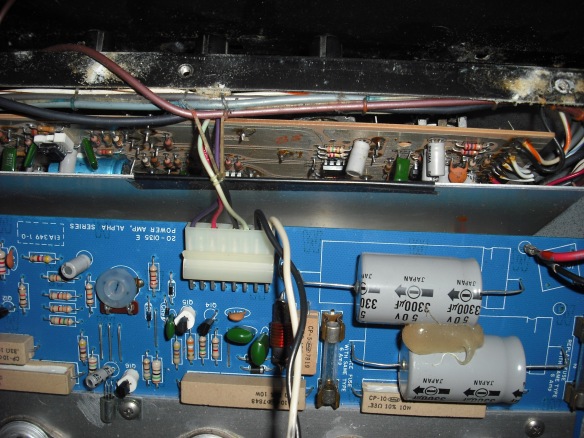 The magic inside a Sunn Beta Lead, combo one, but its only a sleeve difference from the head. Stored damp so all external hardware rusted, the knobs have all burst, wound up replacing everything on the outside, jacks and pots. Now it is working, there is definitely something to it, great sounds, using on the next Warrior Pope album, and not selling. Might sell the combo part though. 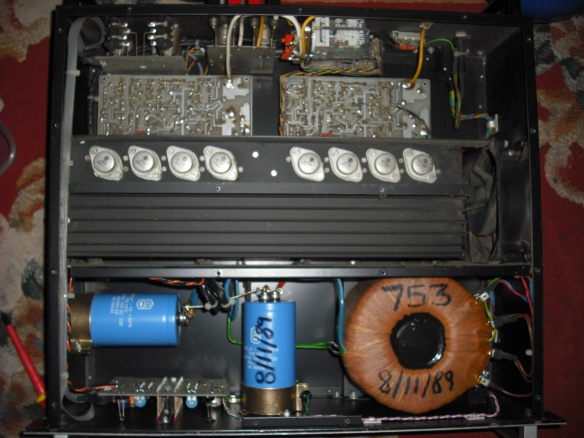